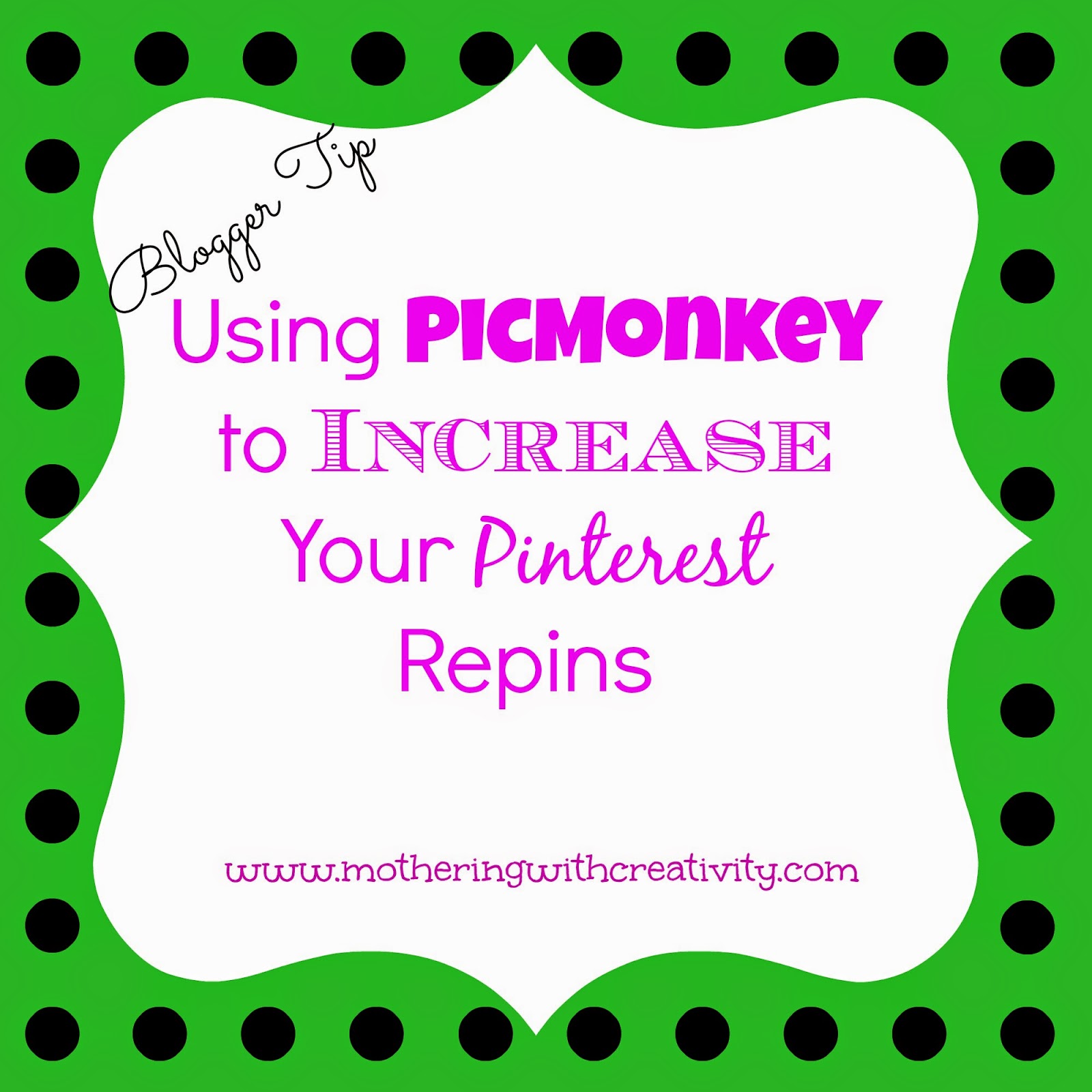 Once upon a time when I started this blog, my posts were terrible.  Okay, maybe not so much terrible as they were basic, boring, and bland.  I knew nothing about formatting, nothing about uploading a picture (or TAKING a picture for that matter), and nothing about much of anything else, including Pinterest. It was only on rare, but exciting occasions that my posts had a decent looking picture to go with them.  Eventually, I "caved" to join this thing called Pinterest, and I've never looked back.  It's a good thing, too, as 80-90% of my traffic comes from Pinterest alone!  My posts now almost always have pictures, and I almost always edit them with PicMonkey.

As I've learned more and more about blogging, I've started going back and re-doing (or creating) more "pinnable images" for my old posts.  The posts that had nothing are getting something, and the posts that had basic pictures are getting words and descriptions and watermarks.  You may wonder why I'm putting time into re-doing these old things.  The answer is because I get so much traffic from Pinterest, and, because of the nature of Pinterest, my old posts can live on and on and on.  Why not maximize the potential traffic from old posts?

So, here is my example of why and how using PicMonkey has helped me to increase my repins and maximize traffic from old posts. 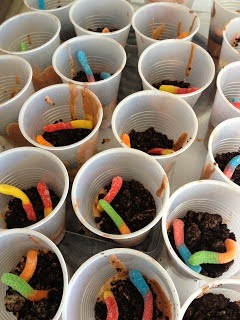 The above image is one that I pinned almost 1 year ago for a post for Earth Day.  In the past 11 months that this has been on Pinterest, it has received a whopping 26 repins and 5 likes.  Big bummer, too, because it's such a fun and easy recipe/learning activity for Earth Day.

So, I recently went back and used PicMonkey to fix it up a bit.  Nothing fancy.  I just added a green "overlay", and then added some text using a couple different fonts.  I added my website address, as well, to prevent theft of my picture (which has been happening a lot lately...I'm flattered, but please give credit where credit is due, people!).  Watermarking your pictures in some way is always a good idea.

Here is what I pinned this time.  Same image, but enhanced by PicMonkey: 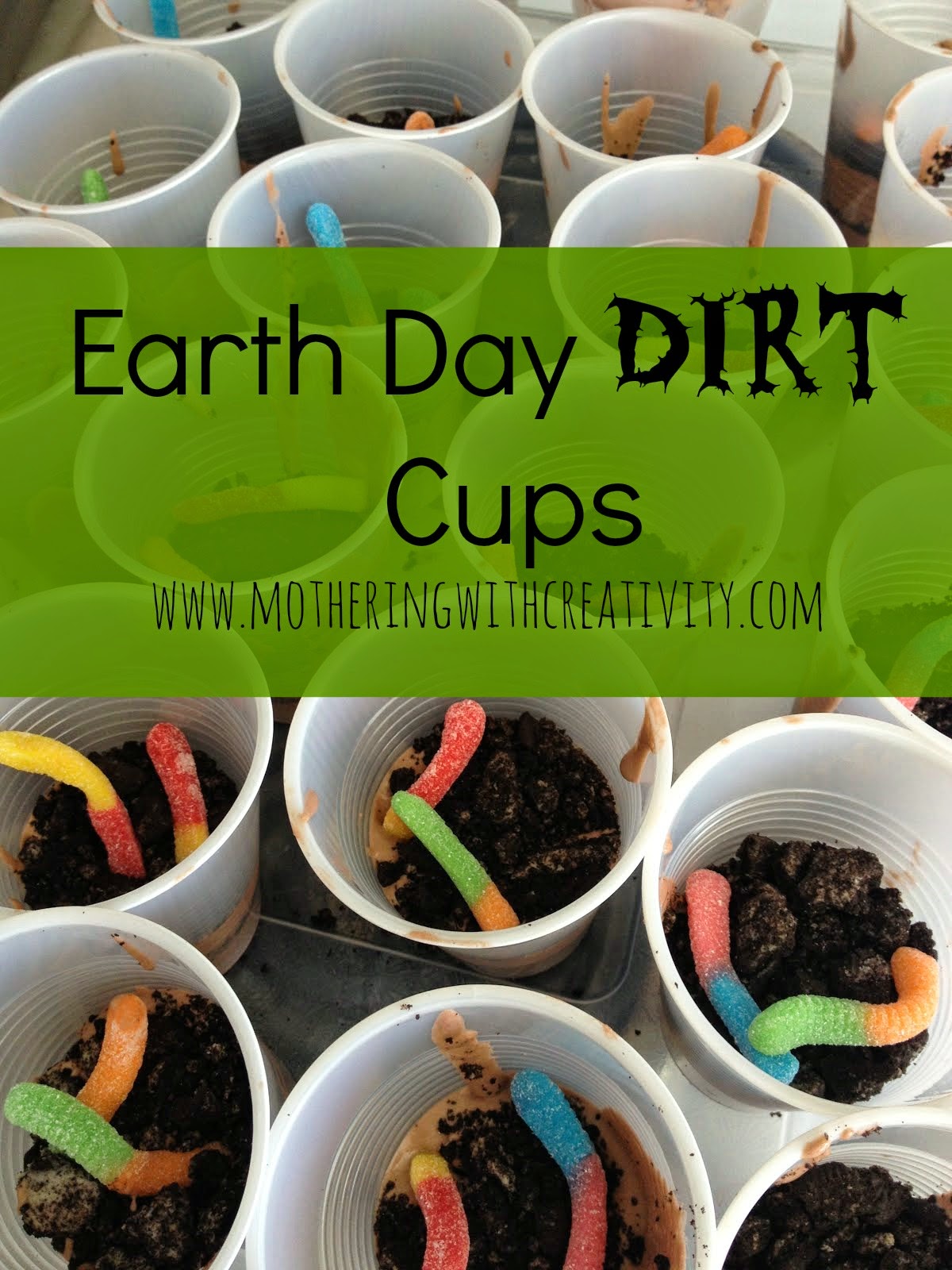 Now, AFTER using PicMonkey to enhance my pin and then pinning it again 11 weeks ago, it has had 262 repins and 15 likes.  BIIIIIG difference!

Which would you prefer?  Now my old post is getting new life, more repins, and more traffic to my blog.

I love using PicMonkey.  It's simple, free, and has made a HUGE difference in my pins.

Do you alter your blog photos in any way to make them more "pinnable" on Pinterest?  What program do you use?  Do you notice a difference in your repins on your non edited ones vs. your edited ones?

Posted by Mothering with Creativity at 8:45 AM