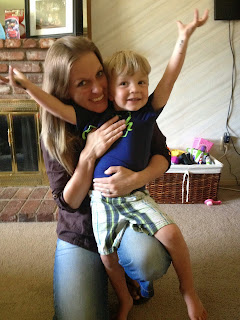 This little guy just turned 3.  He's so big.  He has his hair long in this picture, but we cut it later that day and now he looks even more grown up.  Sigh.  This little guy also like Nacho Libre.  For a good couple months he watched at least a part of that movie...every. single. day.  I'm not joking.  So, here's our Nacho Libre party.  As always, our party budget was $100.  We did go a little over this time, though, coming in at $106.22.  We had lots of extras, though, because we had quite a few who RSVP'd but then didn't show up.  So....here it is: 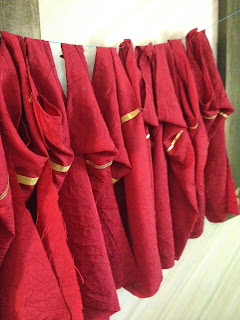 Capes ($6): I made these capes out of an old drape!  I already had thread and velcro for the closures, so I simply had to buy 3 rolls of gold ribbon ($2 each).  They were super simple to whip up!  Below is my daughter, Ellie, modeling her outfit: 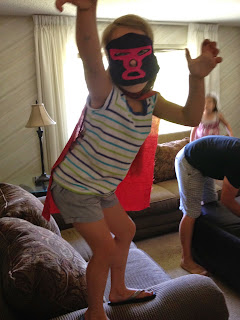 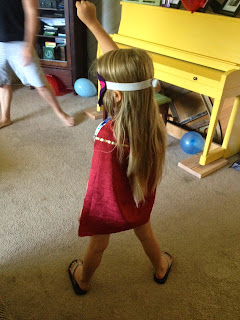 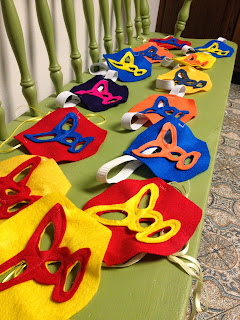 Masks ($3): Masks were a bit more tricky to make.  I made a template on paper, and then traced it onto felt.  I stitched the two pieces together, and cut out the holes (that took a while).  Then I sewed elastic or ribbon to the sides.  This was hard to get a perfect fit.  I'm not sure how the "fit" aspect of these could be improved upon.  Nonetheless, the kids still wore them.  I bought felt for this project, but I already had the elastic/ribbons/thread. 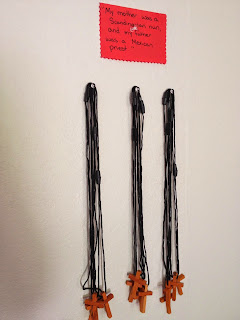 Necklaces ($4.95):  I bought a 12 pack of these necklaces from Amazon for just $4.95.  The Nacho Libre quote reads, "My mother was a Scandinavian nun and my father was a Mexican priest." 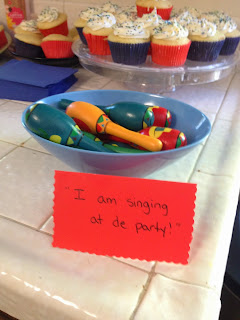 Maracas ($12.07):  I think these little maracas are SO cute.  I also bought these on Amazon for about $1 a piece.  The Nacho Libre quote card on this one reads, "I am singing at de party!" 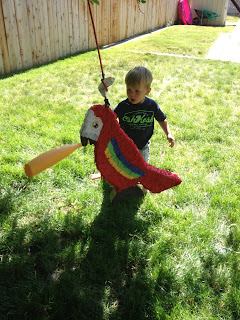 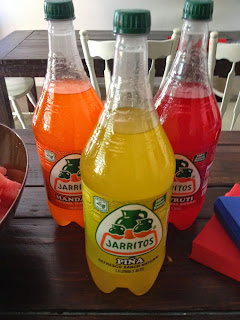 Mexican Soda ($6.75): Do you know how badly I wanted some Mexican soda at his party?!  And let me tell you, the pineapple flavor was AMAZING. 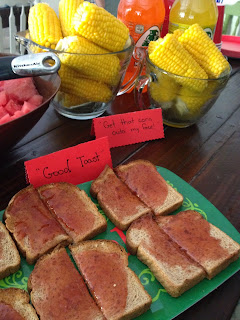 Corn on the Cob & Toast & Watermelon ($10.25):  Corn is not yet in season here, so it was a little ridiculous on the cost-side of things, but I HAD to have it so we could use this quote: "Get that corn outta my face!"  See?  Important.  And of course we needed some good old toast, "Good toast."  And watermelon, though there's no great quote for it :) 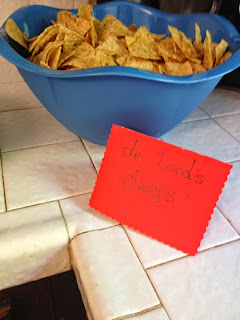 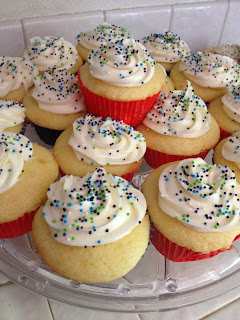 We had Nacho Libre playing in the living room during the party (FYI-it's on Netflix).

Overall, Aaron loved his little party, which is all that matters!
Posted by Mothering with Creativity at 2:42 PM