How to Regrow Your Green Onions 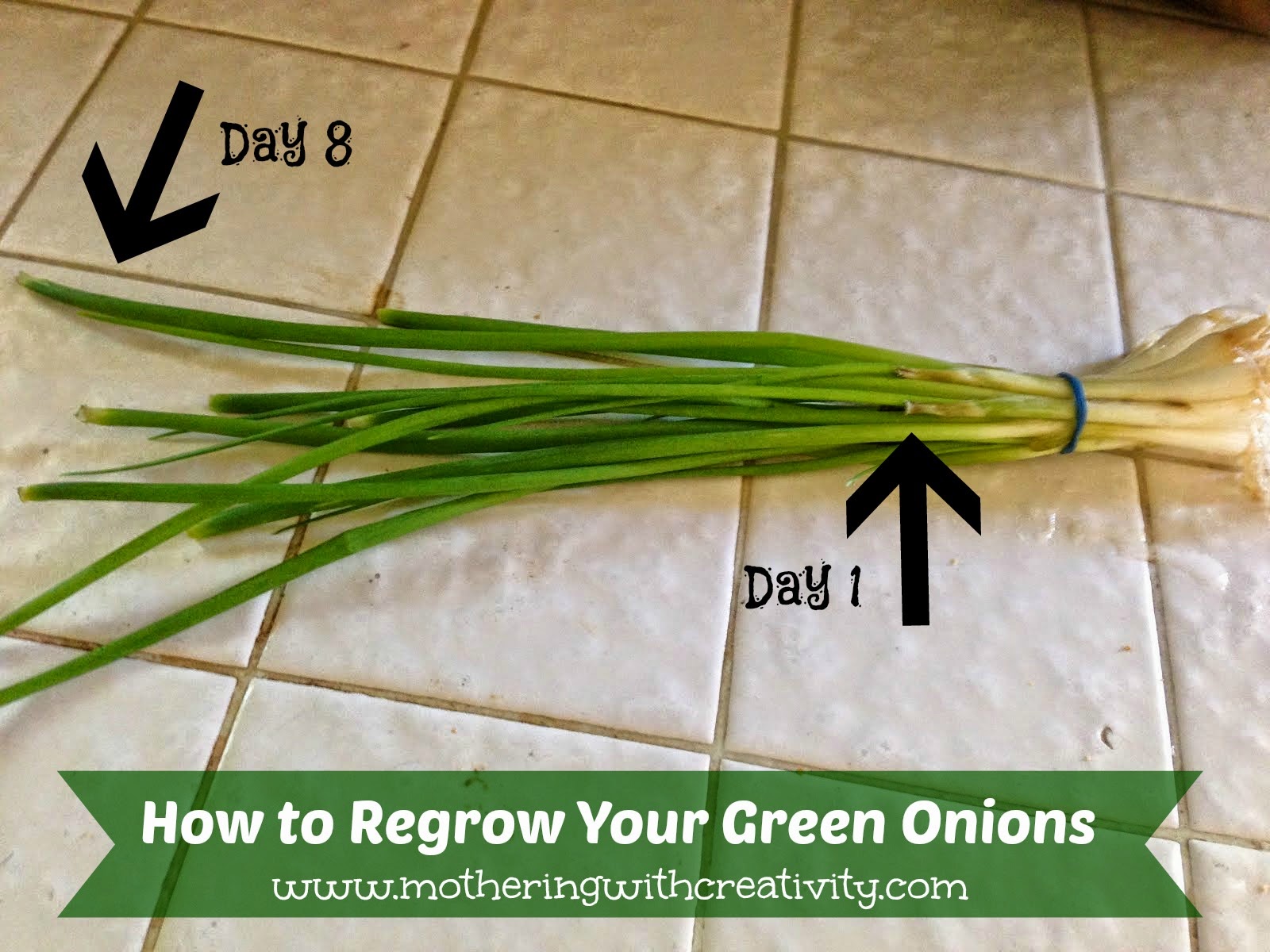 For years, my sister in law has been telling me that you can regrow green onions.  And for years, I've said, "that's awesome", while neglecting to mention to her that I've never, not once, ever bought green onions before!  Ha!  This is my confession time, Jenny!

So, when I recently made twice baked potatoes, I bought my first ever bunch of green onions (because I'm growing up and trying new things...I recently discovered that I like beets!  What?!?!).  And after I used them, I took my sister in law's advice and tried to regrow them.

By day five, I think my husband was sick of hearing me tell him to "check out the green onions", which were growing at a rapid rate in our windowsill.  It was so fun to watch.  The pictures I'm showing here are on day 8.  Aren't they huge?  In the picture above, you can see where I originally chopped them down to, and the rest grew in the following 8 days.

In order to regrow your green onions, chop & use them down to just above the white part.  Stick the white part in a glass of water, place it in your windowsill, and watch the roots and tops grow! 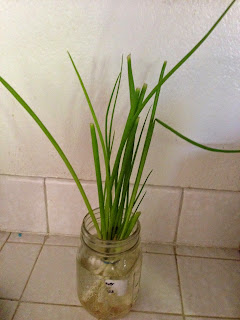 They do get thinner as they regrow, but you can still harvest them a couple times.  I used some today in a corn chowder soup that I made for lunch.  So yummy!
Posted by Mothering with Creativity at 4:00 AM