Six Ways to Learn with Dice 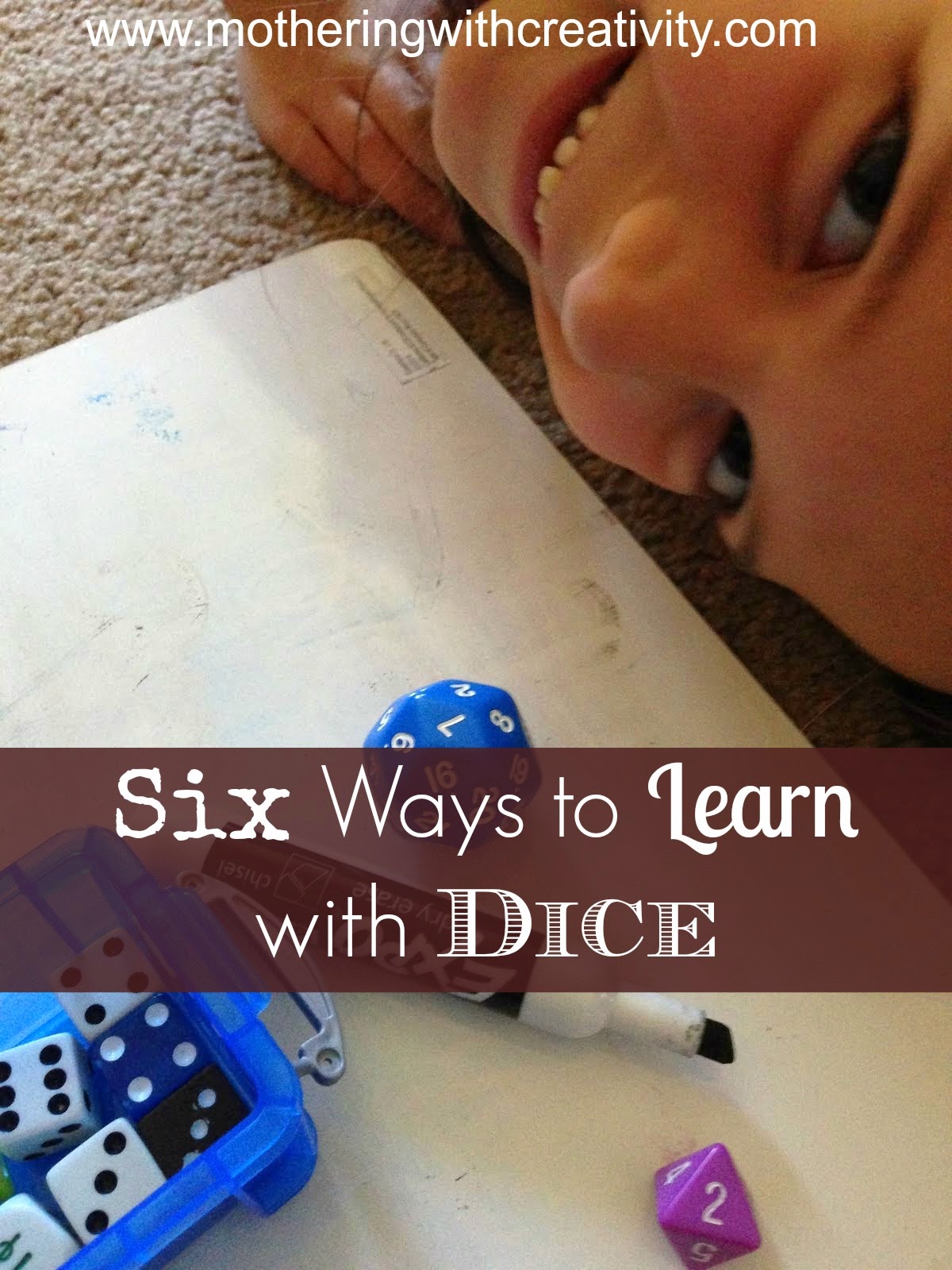 All my children love to play with dice.  Whenever I find odd shaped, large, different textured, or different colored dice, I'm sure to pick them up for my kids.  I have big foam dice, and little tiny dice.  I have dice with money amounts on them, and dice with roman numerals.  I have polyhedral dice with lots of numbers on them.  Dice are fun to throw, and fun to watch roll around.  They can also be fun for learning!  Here are six ways to use dice for some learning fun! 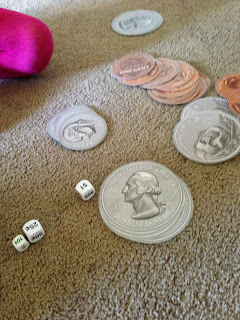 1.  Greater than/less than. This is for two people.  Each child rolls their die and reads the number they roll.  Then one of the children must decide which is the greater number (and which is the lesser number).  This activity can be used for younger children by using regular, dotted dice, or with my older children, we use the dice with various #’s up to 30. 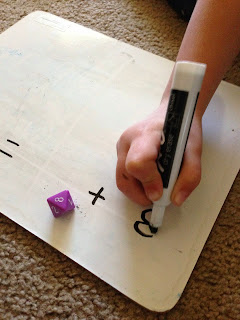 2.  Addition.  Give your child two of any type of digit or dotted dice.  Also give them a white board and marker.  Have her roll both dice, and then create a math problem on her board.  So, if she rolled a 2 and a 3, she may write 2 + 3 = 5 on her board.   This also works with money dice, too, and gives great money adding practice!

3.  Dice race/Graphing.  Give your child a graph with spaces to represent each number on the die (if you are using a typical dotted die, your graph would just have spaces for #’s 1-6 on it.).  Then have your child “race” their die to the top.  For every roll of the die, have your child fill in one space on the graph.  Which number got rolled the most?  Which number did you roll the least?  The winner of the race is whichever number gets filled to the top on the chart first. 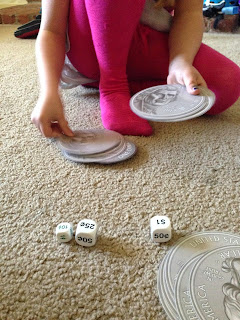 4.  Money matching.  If you have money dice, get out some real or pretend coins/dollars, too.  Then, have your child roll her die.  If she rolls, for instance, a “$.50,” have her find coins to make $.50.  How many ways can you make $.50?  Which way is the easiest?  My kindergartener plays this way, but my 2nd/3rd grader plays with two or three dice at a time and adds them up in her head and then builds the total with her coins.

5.  Draw a picture.  This can be a single player game or a two-player game.  Pick a picture to draw, but make sure it has 6 “parts.”  Each part of the picture then has a corresponding number on the die.  For example, if you are going to draw a snowman, give your child a page with the three circles already drawn.  Then, the nose might be #1, the eyes for #2, the mouth for #3, the arms for #4, the buttons for #5, and the hat for #6.  When her die rolls a 5, she would draw buttons on her snowman.  The first child to complete his snowman wins! 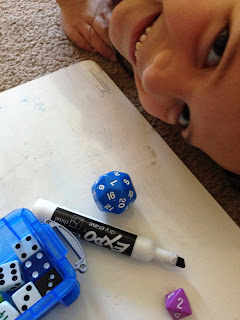 
(The links in this post are my referral/affiliate links.  Read my disclosure policy HERE.  Thank you for supporting the continuation of this blog by using my links!)
Posted by Mothering with Creativity at 2:54 PM